Domestic violence is a real and pervasive problem in Louisiana which is compounded by a lack of adequate resources for response. 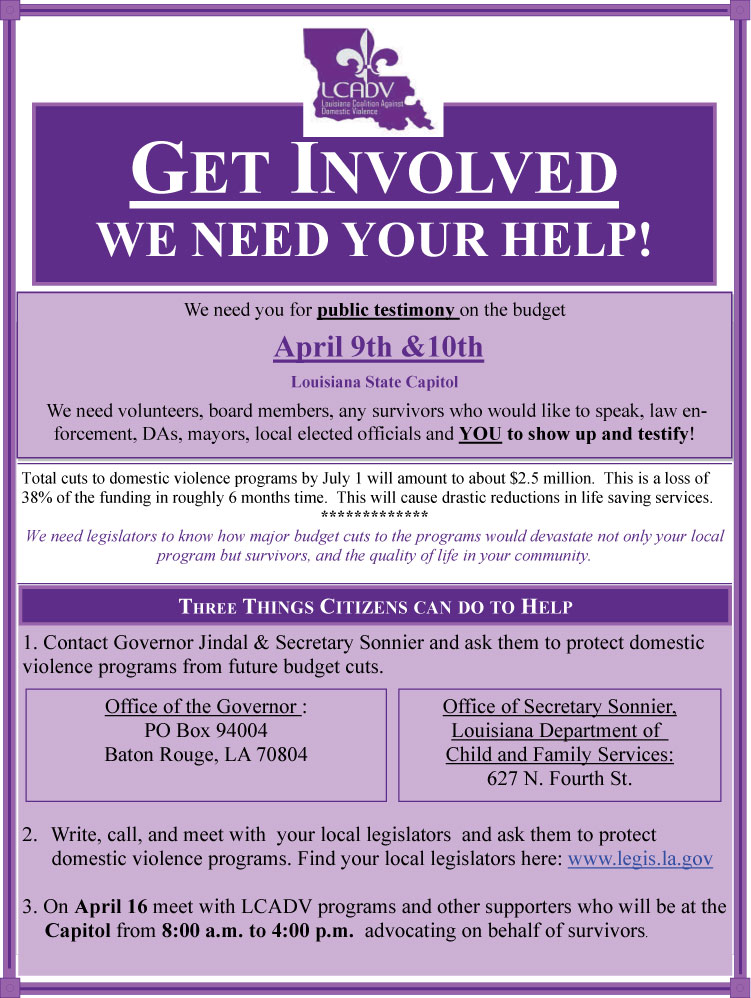